In keeping with its ethical charter, “Antidox supports the launch and development of new projects with positive social impact”.

Our actions are consistent with Antidox’s expertise and sphere of activity and are divided into three main areas.

1 – Building a public space, focussed largely on digital, for the benefit of companies and individuals

As a digital specialist, Antidox draws on the expertise of its consultants to build an internet centred on quality, innovation and ethics. We work to deconstruct rumours, conspiracy theories and brainwashing; to combat doxing and cyber abuse; to combat defamation, fake news, and the dissemination of hate speech or malicious rhetoric against individuals.

Specialising in combating fake news, conspiracy theories, extremism and online hate, Civic Fab is involved both online and offline, working directly with young people and/or those in vulnerable circumstances. This community organisation uses digital technology to support public interest initiatives and social innovations. It is supported by ANCT (national agency for territorial cohesion), CIPDR (interministerial committee for the prevention of delinquency and radicalisation), DILCRAH (interministerial delegation to combat racism, anti-Semitism and anti-LGBT hatred), numerous local authorities and prefectures, as well as tech giants such as Facebook and Google.

Under the patronage of the French Health Minister, Antidox and Nile Consulting launched the “Printemps de la Prévention”. This preventive healthcare forum aims to bring together a wide range of local, regional and national players to promote healthcare and disease prevention within territories. Its approach is simple: to drive change in practices and behaviours by increasing the visibility of innovative projects and encouraging the use of new digital tools. The “Printemps de la Prévention” forum is aimed at initiators of disease prevention projects and initiatives, such as associations, start-ups, businesses, local elected officials, as well as institutional representatives, students, journalists and healthcare and disease prevention professionals, etc.

Of particular note, the “Printemps de la Prévention” has published a study on the vax/anti-vax phenomenon, available to read on the Antidox website (in French). 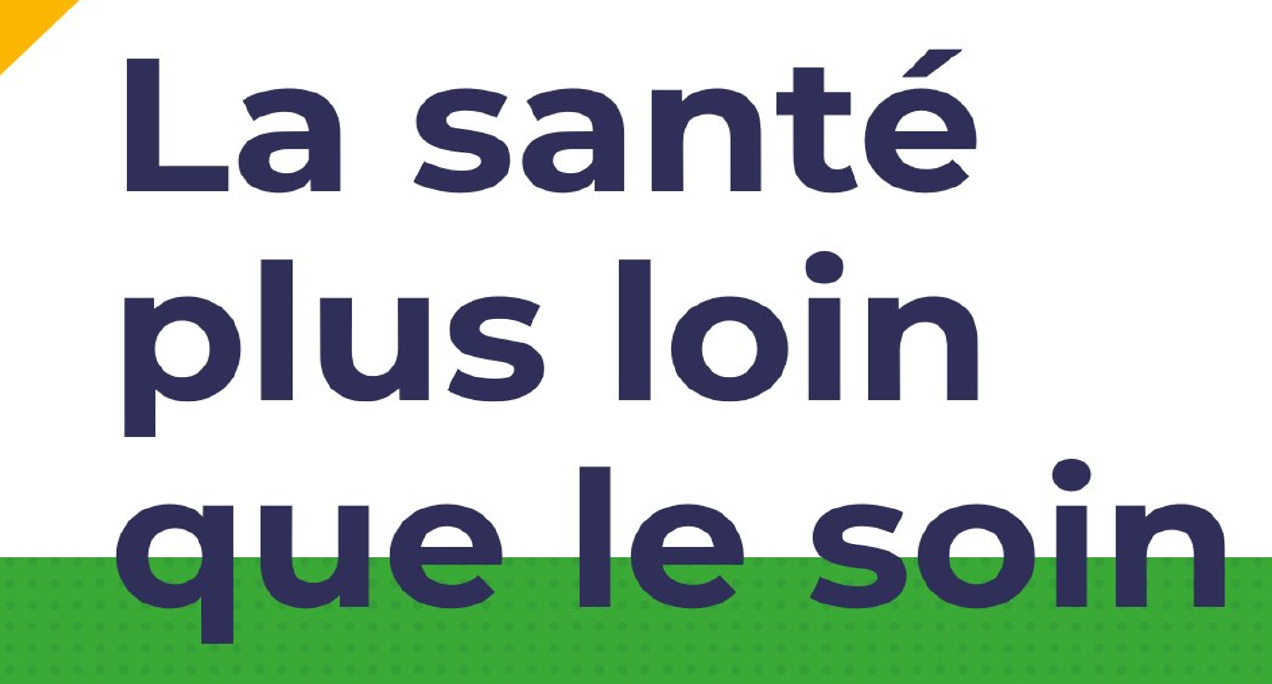 Created in 2005, e-Enfance is a public interest charity approved by the French Ministry of Education. The e-Enfance association works to ensure that children and young people can enjoy the Internet safely. Children need to be guided and accompanied when using the Internet. Alongside its main role of raising awareness of good digital practice in young people, e-Enfance also provides advice to parents and education professionals.

France Fraternités is an association promoting fraternity in all its forms in France.

Its 20-strong team is chaired by Pierre Henry, former Director General of France Terre d’Asile. It is a secular organisation that stimulates and strengthens the fabric of social solidarity through prevention and protection measures for people of all ages, faiths and backgrounds.

It has opened a fraternal laboratory in Bray-sur-Seine, providing 150 accommodation places for recognised refugees, aiming to create a new reception model in outlying areas in a way that benefits both the host population and the refugees themselves.

As a communications consulting firm that supports leading figures and high-stakes organisations, our consultants dedicate part of their remit to creators, artists, entrepreneurs and thinkers.

The “Soins aux Professionnels en Santé” (SPS) association was formed by a group of experts who wanted to share and stand up for the health of healthcare professionals. Created in November 2015, SPS is a national non-profit association recognised as serving the public interest, which offers help to healthcare professionals experiencing work-related suffering and focuses on preventive action for well-being. SPS conducts surveys, implements actions and develops innovative tools to improve quality of life for healthcare professionals, to prevent illness and protect their health, and to increase workplace efficiency and patient care. SPS has more than 100 psychologists on the Pros-Consult platform who can be reached 24/7 via an app and freephone hotline. The association also has almost 1,000 psychologists, GPs and psychiatrists comprising the national psychosocial risk network, available for remote or face-to-face consultations to help health professionals experiencing work-related suffering.

During the Covid-19 crisis, Antidox has supported SPS in measuring and monitoring its actions in support of healthcare workers.

The annual “Fête du court métrage” was born of a desire to better promote short films to a wider audience. The principle being that for one week, film buffs and newbies alike, young audiences, families and enthusiasts – throughout France and internationally – can explore the magic of short film by joining in this free and inclusive event. The Short Film Festival shows over 190 films, with 12,500 screenings in more than 3,000 towns and cities, plus activities and workshops for all abilities.

Antidox supports the Short Film Festival in expanding its digital reach for these events. For more information, click on www.lafeteducourt.com

Antidox helped the NGO France Terre d’Asile to conduct an awareness campaign seeking to protect unaccompanied minors in the Calais “jungle”. In 2016, they numbered 1,300, according to a census compiled by France Terre d’Asile. On 26 May 2016, France Terre d’Asile launched a web and social media campaign entitled “#ReuniteThem” to raise awareness among French and British citizens about the plight of isolated children in Calais who are desperately seeking to join their families in the UK. The campaign attracted over 14,000 signatures in just a few days and played a part in resolving the issue of minors during the demolition of the Calais “jungle”. A series of photographs of children was taken by photographer Alessandro Clemenza. This artistic production was reviewed by Xavier Desmaison in the art magazine Prussian Blue #10 in Spring 2016.

Created by Synfie (the French Economic Intelligence Syndicate) and comprised of business leaders, researchers and senior civil servants, the Observatory helps business leaders to anticipate, respond to and manage the strategic threats facing their businesses. The IOEF seeks to influence public debate in order to increase the resilience of the French economic model amidst intensifying international economic warfare.

In 2018, Antidox was delighted to support skippers Mathieu Claveau and Pierre Loulier as the two sailors took part in the Transat AG2R La Mondiale, an event in the French Elite Ocean Racing Championship. Antidox’s creative team produced a marketing brochure to help the skippers in their search for sponsors. For more photos, click on www.instagram.com/mathieu_claveau_navigateur/ 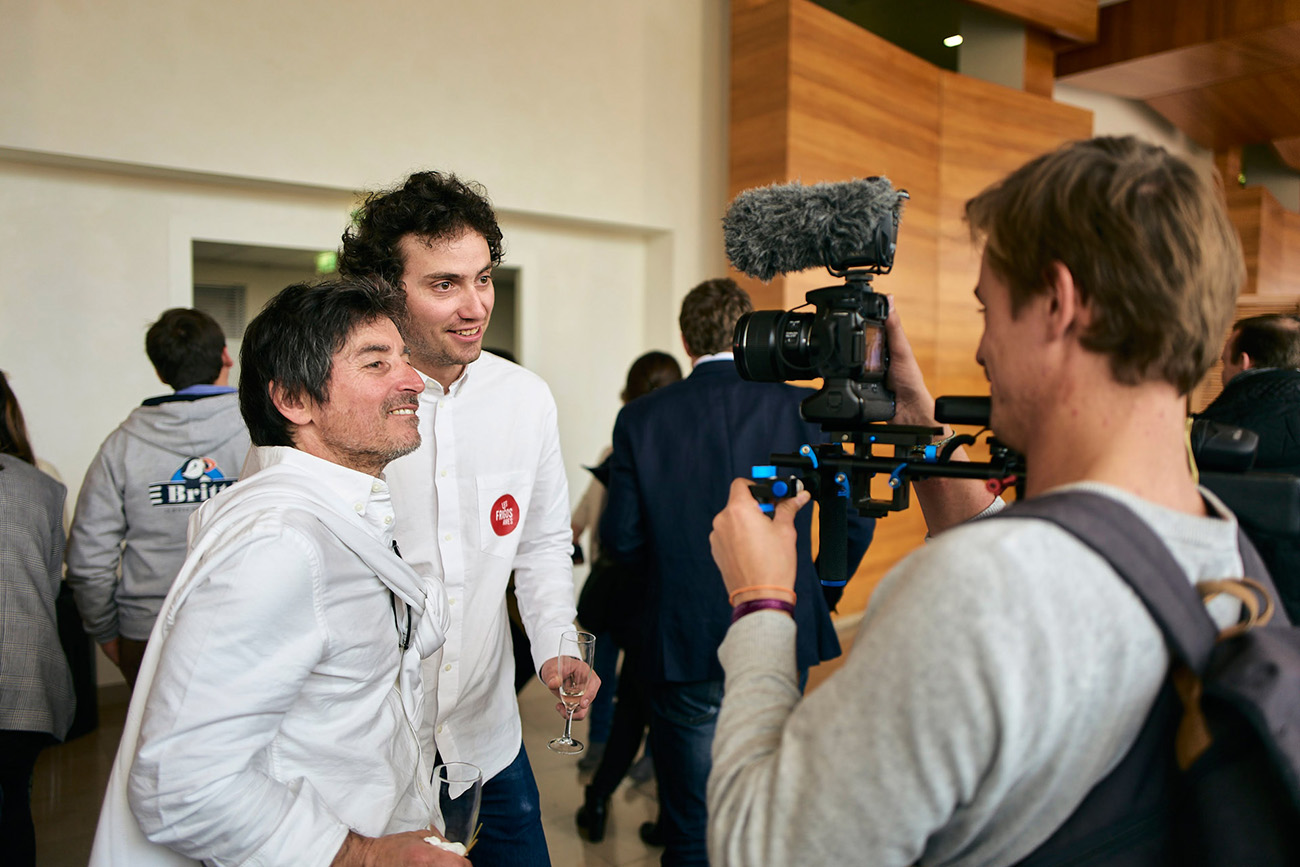 Antidox has worked on the following topics in particular: